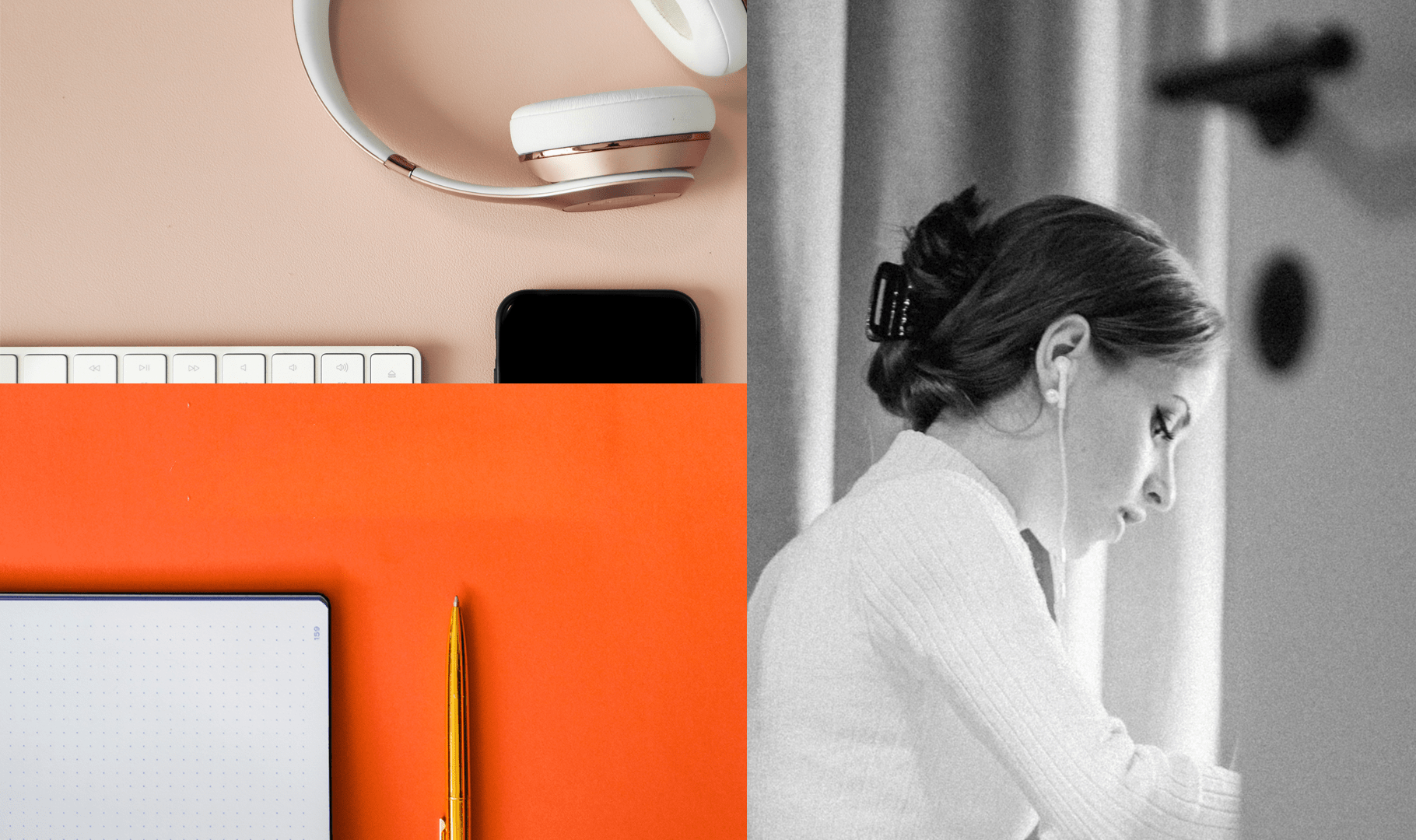 As lockdown restrictions lift and an increasing number of offices reopen, the thought of seeing colleagues in person for the first time in months has many people bubbling with excitement. At the same time, others are resisting the return to traditional office hours, arguing they’re both happier and more productive working remotely.

For better or for worse, the pandemic has given us plenty of time to think about how we work. It’s also given us a once-in-a-generation opportunity to challenge the established order and implement workplace arrangements that offer employees greater flexibility. One such solution is a hybrid model that combines in-office work and remote working.

To discuss the practicalities of introducing a hybrid work model, Capdesk invited a number of experts to speak at a recent event. Capdesk’s own Content Lead Scarlett Pierce, acting as moderator, was joined by Elin Fokas-Schuettinger, Venture Developer at Desifer, Tushar Agarwal, Co-Founder and CEO of Hubble, and Akbar Karenga, Head of Talent at Storyblok. 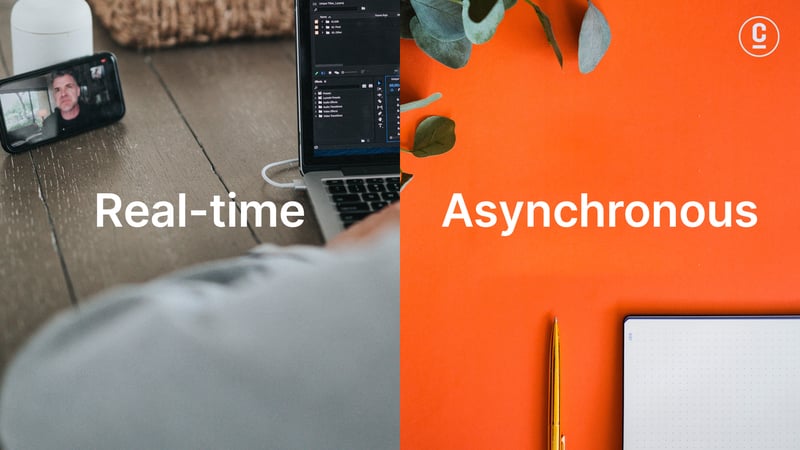 Early days in the implementation of hybrid solutions

The discussion kicked off with Tushar summarising the effect of the last year on working practices. “Essentially, we went from one extreme, where everybody worked under the same roof and during the same hours, to the other, with everybody working from home. Both models allow for relatively easy collaboration because you’re all operating in the same mode.”

This introduction encapsulates the main issue in the hybrid model debate. We already have two established models that are largely self-contained – how do we piece them together to create a system that is more than the sum of its parts?

Tushar suggested that the process begins by looking at what information within an organisation should be relayed synchronously, in real-time, as opposed to asynchronously. Following this line of reasoning, Akbar argued that our existing models already depend on a certain amount of hybridisation.

“You definitely have to have a synchronous element somewhere, even if the organisation is fully remote. At Storyblok, we have an all-hands meeting every three weeks, we have a live document that is updated by each department head and then we have a Slack channel to make sure everyone’s aligned from day to day.”

"Even if an organisation is fully remote it needs to have elements of synchronicity. At Storyblok, we have an all-hands meeting every three weeks, a live document updated by each department head and a Slack channel to keep on top of the day-to-day."
Akbar Karenga, Head of Talent, Storyblok

For Elin, moments of synchronous communication, however brief, ensure the team is on the same page. “At Desifer, we’re trying to create a natural socialising space for remote workers. We have a team breakfast every Monday, which is just a short 15-minute check-in to ask where everyone’s at and what their priorities for the week are. It creates transparency within the team.”

Tushar went on to raise a key theme that would re-emerge several times throughout the discussion: the need to carefully consider how your hybrid model works and make considered decisions as to how the model is implemented.

“With hybrid solutions, we’re seeing very strict guidelines about when meetings can happen in person and when they can happen remotely. We’re also seeing organisations introducing policies about how hybrid meetings should work. A lot of it comes down to questioning whether we need everyone in the room to make things happen or whether we can actually achieve the same result asynchronously.”

Over the course of the event, our panellists mentioned several remote working
tools that facilitate greater collaboration and could play a significant role in future
hybrid solutions. We’ve compiled them into this toolbox to help any companies
looking to adopt new remote-friendly technology: 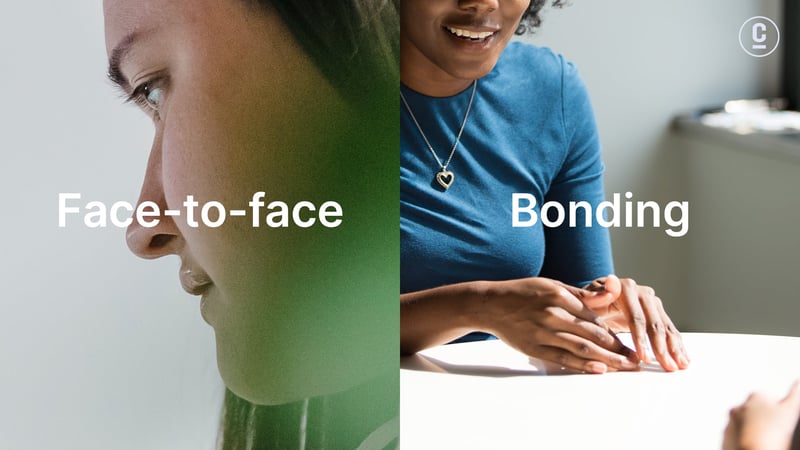 The changing nature of face-to-face

At a time when many UK employees were returning to the office for the first time in over a year, the discussion turned to how the extended break had affected face-to-face interactions and the office dynamic. Scarlett recounted a conversation with Capdesk CEO, Christian Gabriel, about his experience of recent in-person meetings.

“Christian mentioned that it suddenly feels rude to make notes in a face-to-face meeting because, after so many months of virtual meetings, in-person interactions have this new level of intimacy and intensity. If you’re tapping away at your keyboard making notes, it feels like you’re not treating the meeting with the right level of respect.”

"After so many months of virtual meetings, in-person interactions have taken on a new level of intimacy and intensity. If you’re tapping away at your keyboard making notes, you’re not treating the meeting with the right level of respect."
Christian Gabriel, CEO, Capdesk

This change in the way we feel about face-to-face interactions struck a chord with our panellists. Tushar picked up the thread, tying it into the earlier discussion about deliberate decision-making.

“What I find interesting about that is you’re not taking the presence of the person you’re meeting for granted. There’s a very deliberate reason for meeting in person, part of which is to form or strengthen a bond. You cannot make that bond if you’re staring at a screen the entire time someone’s speaking with you.”

Tushar unpacked the idea that we need to be conscious of when face-to-face meetings are necessary by referencing one of remote working’s most public detractors, Goldman Sachs CEO David Solomon.

“David Solomon was recently quoted as saying ‘remote working is an aberration, we’re going to get all of our staff back in the office as soon as possible.’ From his perspective, Goldman Sachs makes its money by forming deep client relationships in person.”

Akbar was quick to suggest that this approach belonged to the old way of thinking, and not actually a case of face-to-face interaction being necessary.

“If I said ten years ago that you’ll jump into a stranger’s car to go from A to B, people would have laughed. If I said 20 years ago that you’ll meet love online, people would have laughed. We do so much online now. It may not have that real, face-to-face feel but, if you’re a very good salesperson, you can close deals without having in-person meetings. Product-market fit is still product-market fit.”

Managing the transition to a hybrid system

The conversation then turned to how the changes in the way we feel about both in-person and remote communication will affect policy and workplace practices going forwards. Scarlett opened the topic by asking about the chances of a return to presenteeism.

“Now that everyone’s coming back to the office, there is that excitement and that feeling of greater intensity. Do you think a stigma around presenteeism will creep back in as we move out of the lockdown? What can companies do to avoid this?”

Akbar was first to respond. “At Storyblok, we do time-tracking on our HR system and my VP of Operations is very mean to people who work over their stated hours. You need somebody there who actually tells people not to work too much.”

Scarlett noted that pairing this with written guidelines is key. “It’s really important, particularly if you have new hires or people coming from different working cultures, to have documented what is expected of employees. That needs to be backed up by messaging from management and anybody who is responsible for assessing others’ performance.”

She also questioned whether implementing limited office hours risked the office becoming a novelty and more prone to socialising and distraction. For Tushar, this wasn’t too much of a sticking point.

“We’re seeing people that we haven’t seen for a year. There will certainly be an element of excitement and greater socialisation. What we want to do at Hubble is foster a culture of belonging – of people being friends as well as colleagues. If meeting up in the office creates an opportunity for that to happen then I’m really in favour of it.”

This remark led to a wider discussion about the purpose of office space shifting, to which Tushar said: “The office is not just a place where you go and sit at your desk and work. In fact, that may have changed, the best place to sit and do silent work may now be your home. Maybe the office is now the place to form social bonds.”

Elin focused on how greater flexibility can be achieved by empowering employees. “I believe that effective teams are built out of trust. You need to trust that your employees are going to perform regardless of where they’re working. But you still need structures to facilitate workplace efficiency.”

The idea that trust will be a key feature of any successful hybrid model was jumped on by Tushar. “If your employees feel trusted, they’ll do better work. As a business, the way you can manage the hybrid model is to empower your team, give them options and set guidelines around how you think people should work, all the while remaining open to feedback.”

Nostalgia for the old office

Throughout the webinar, the discussion repeatedly touched on the potential problems and difficulties inherent in creating a new hybrid work model. Many of these issues were grounded in our perception of the way the office operated before the pandemic. One of the biggest takeaways from the event may be that this perception may be tainted by a certain nostalgia. Akbar was keen for people to take off the rose-tinted glasses.

“A lot of the tensions we have about remote working existed before, in the office. Think about debates over the temperature in the office and fallouts about which pub to go to. A good way to approach problems with the hybrid model is to ask, ‘how did we resolve these tensions before?’” Tushar was quick to agree. “A lot of people are recalling the office as though it was the greatest thing since sliced bread. There were a huge number of problems in the office, too.”

Accepting that problems with hybrid models can be carefully considered and overcome, rather than viewing them as insurmountable obstacles, will be key for organisations looking to implement such a system. This feeds back into our panellists’ emphasis on deliberate decision making.

A fully formed and problem-free hybrid model will not land in our laps. Creating one will require us to tackle these problems head-on and develop solutions that work for both employers and employees. The result, however, could be a radical and positive reshaping of the work environment that allows for greater employee flexibility and improved productivity.

Thanks to each of our wonderful panellists, Elin, Tushar, and Akbar.

Previous story
How Capdesk helped Profile Pensions lay the foundations for future growth
Next story
Startup stories: “If people say it can’t be done, you’re onto something”

Employee equity and the offboarding process: what you need to know

Startup stories: “Don't let perfect be the enemy of good”