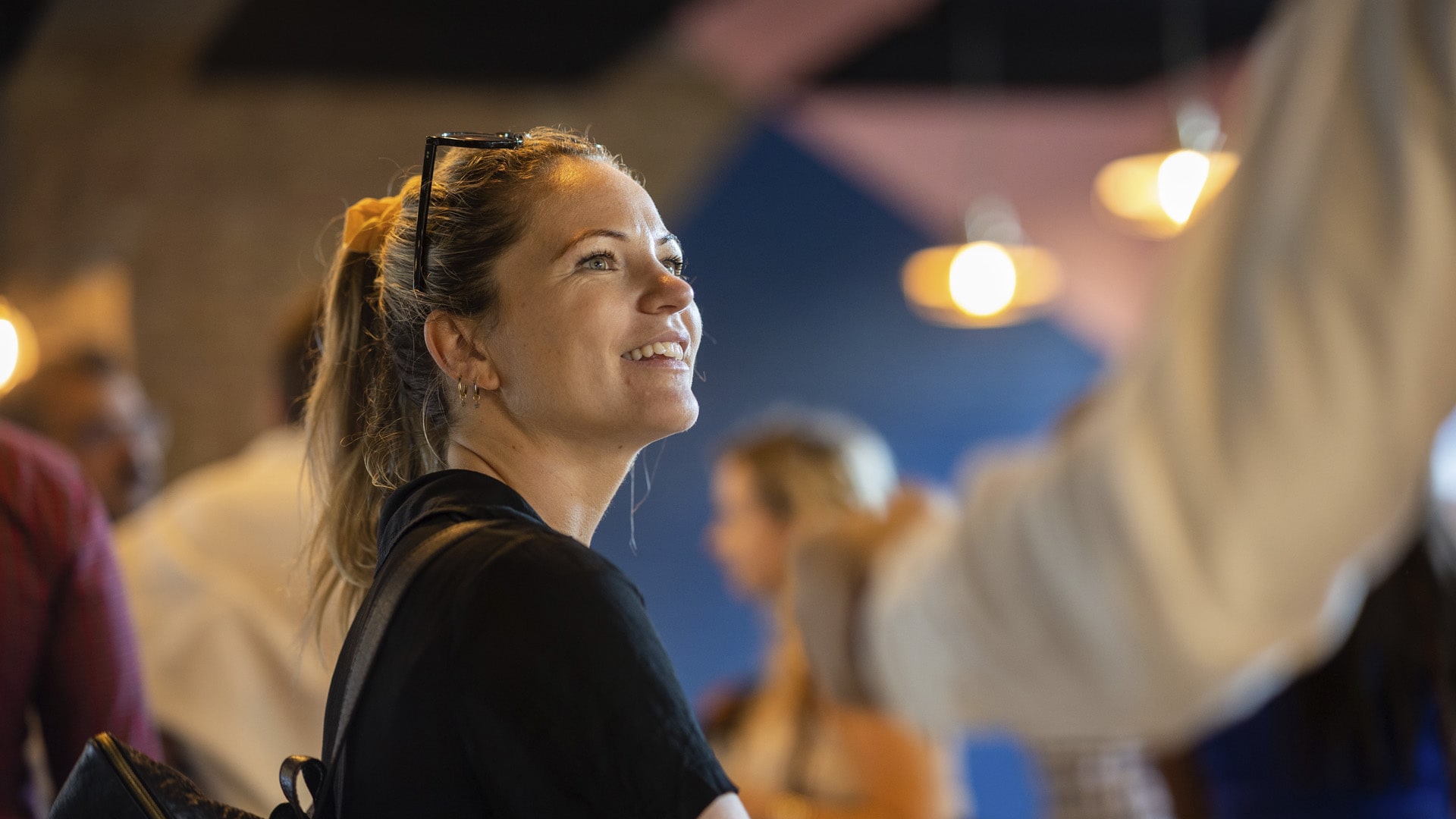 Recession fundraising: scaling up when the market is down 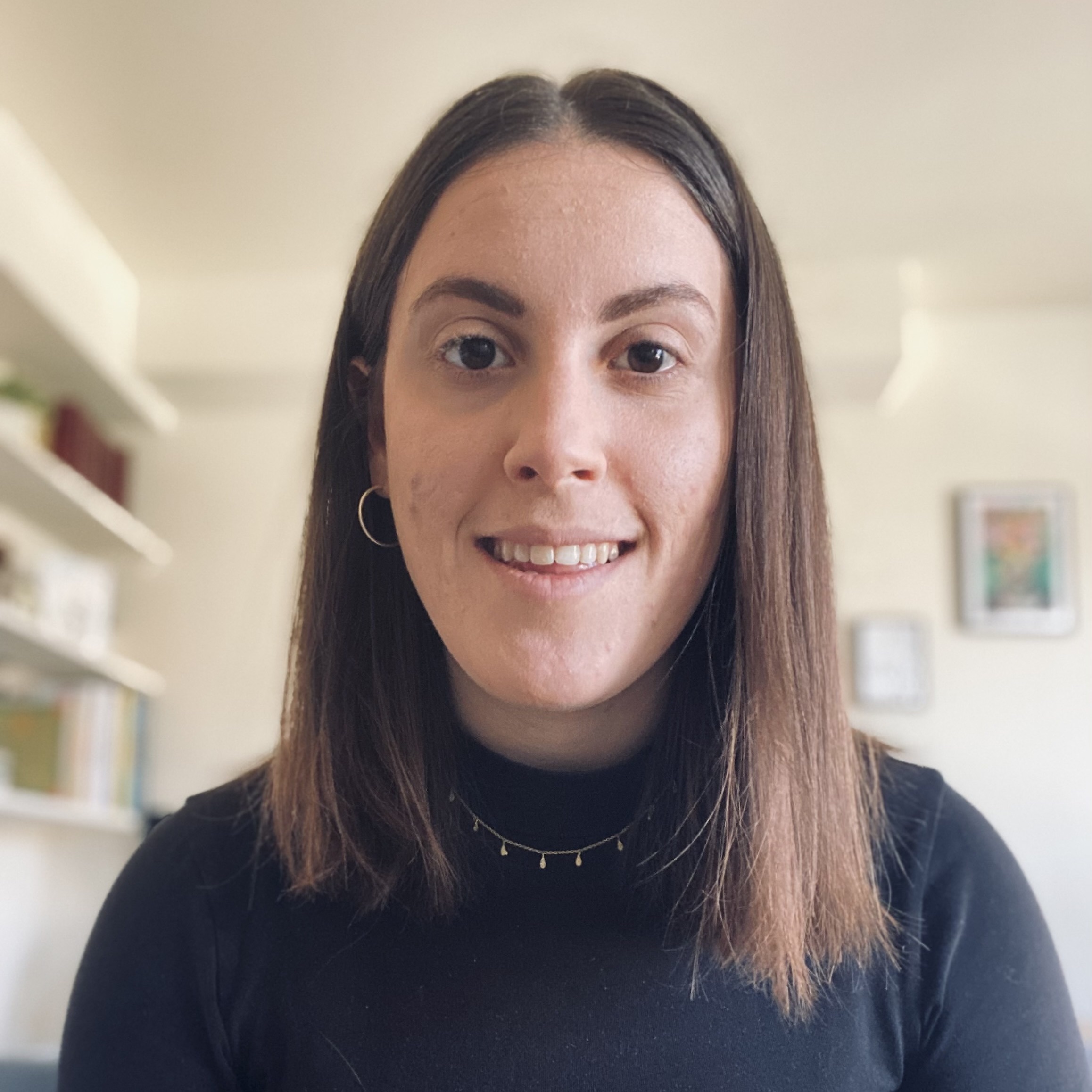 Facing a cost-of-living crisis, surging inflation and a possible recession, startups seem to be delaying fundraising efforts until the markets stabilise. Compared to 89 IPOs in Q1 of 2021, the first quarter of this year saw just 28 European startups go public. Together, they raised €2.7 billion – a little over 10% of the previous year’s Q1 total of €23.1 billion. What does this mean for founders looking to raise? Should you be pursuing growth strategies? Is it time for cockroach planning?

To answer all of these questions and more, we brought together several industry experts for our first in-person event since Covid. Featuring Libby Dangoor, Chief of Staff at Multiverse, Saranyah Douse, Investment Manager at Octopus Ventures, Greta Anderson from Balderton Capital and our very own Capdesk Co-Founder and CEO, Christian Gabriel, our experienced panel discussed market fears, lessons gleaned from previous crises and fundraising in a recession.

Aftershocks and side effects

Saranyah opened by suggesting that we’ll feel the effects of the market downturn throughout the startup ecosystem. “Generally, we’ll see a bit of holding off in terms of activity. But it will be felt more keenly at the Series C-E stages – where you’re benchmarking yourself against the public markets. The downturn will have a lesser impact in the earlier stages because the exit opportunity is so far off.”

Christian followed up with comments about the secondary market amid this downturn. Secondaries allow businesses to delay their IPO, he explained, while giving employees and early investors some return on their equity. He also spoke about the relevance of secondaries in the ongoing battle for talent. “I haven’t seen a change in how difficult it is to recruit people. As long as it’s hard to recruit, using secondaries to show that equity matters is the only way startups can be competitive against larger companies.” 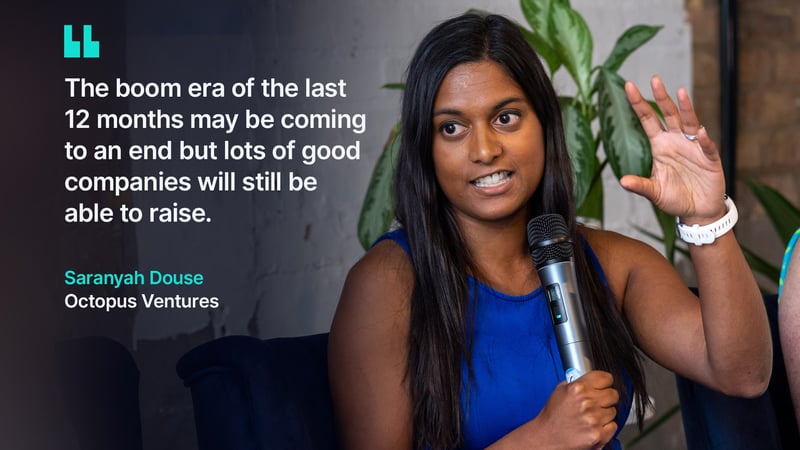 It’s not all doom and gloom

Despite the financial forecasts, both Greta and Saranyah were keen to highlight the fact that it’s not all doom and gloom on the startup scene. “There has been some retreat of US investors in European markets, but there’s still capital out there,” said Saranyah. “The boom era of the last 12 months may be coming to an end but lots of good companies will still be able to raise. That being said, companies will have to be very honest about whether they’ve hit the metrics they wanted to achieve and what that means in terms of their valuation.”

For Greta, down rounds will become more commonplace. However, this isn’t necessarily as negative as it sounds. “We expect there to be an increasing number of down rounds. Obviously, it sucks to be in the first round because it’s newsworthy. Especially for companies that hit their growth numbers but still have down rounds because multiples have compressed across the market. But, at a certain point, the stigma will dissipate a little bit.”

Lessons learned from crises past

Throughout the discussion, the spectre of financial crisis drew comparisons to the turbulence experienced throughout the pandemic. However, all of our panellists agreed that there are important differences between the two. “The first 2020 crisis was weird in the sense that it accelerated so quickly,” explained Christian. “From one day to the next, the market crashed. It made everything a little easier to grasp because you had to make an immediate decision.”

Libby agreed that the speed of the pandemic was its defining feature. “Because it was such a sudden shift, the pandemic really drove creativity in our business model. For instance, we had been thinking about switching to remote working for a while. Then, suddenly, we just had to.”

Saranyah felt that comparing the pandemic to today’s situation has limitations. “The unexpected chaos of the pandemic is very different from slower-moving recessions. Recessions last a year or two and then recover – you can prepare for that. So looking back at other recessions may be more helpful.” 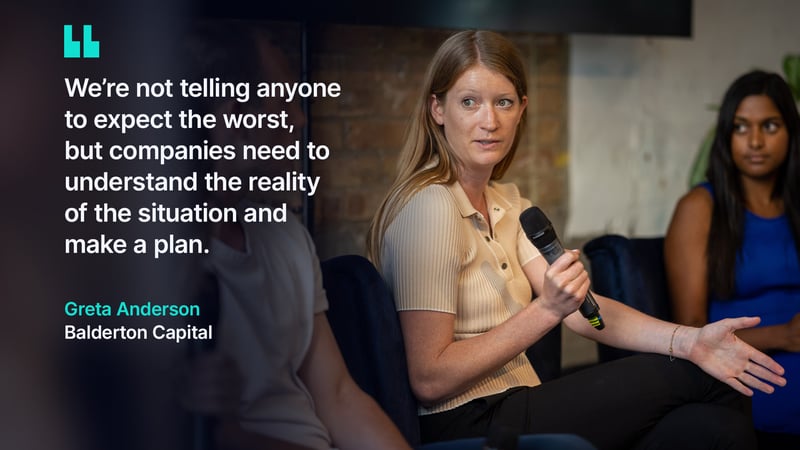 Next, our experts explored the issue of cockroach planning. Should founders be planning for the worst-case scenario? It depends on your particular circumstances, explained Greta. “No one’s saying you must plan for the worst and expect it’s going to happen. We’re advising people to ensure they understand the reality of the situation and make the required plans. This typically means cutting costs and extending your runway.”

Saranyah also emphasised the importance of runway in determining your planning strategy. “Your planning depends on where you are on your cash runway. If you’ve just raised, you’re sitting on a nice pile of cash and have 24 months of runway, there’s no reason to press stop – you can pursue your growth plans.” That’s not the case if you’re running out of runway. “If you’re looking at less than 12 months runway, then you can start to plan for the very worst. It’s an important exercise, just so you know what levers you’re going to pull, should it all go wrong.”

Fundraising in the current landscape

Having explored worst-case scenario planning, our panellists switched focus to fundraising in the current financial landscape. Greta highlighted how demonstrating leadership is still key to attracting investment. “I primarily focus on seed and series A investing – there, it’s the founding team that matters the most. Showing you’re a leader in a crisis is just as important as showing you’re a leader in a boom time.”

Drawing on Capdesk’s own fundraising efforts, Christian described how owning your market niche, holding out and using data to drive demand amongst VCs can work. Taking a slightly different approach, Libby spoke about the way close relationships with VCs helped Multiverse raise $220 million in its most recent round. “For us, it was about ensuring the VCs we were speaking to were fully in on our mission and understood what we’re trying to do. It’s taken a while to cultivate the relationships on that side.” 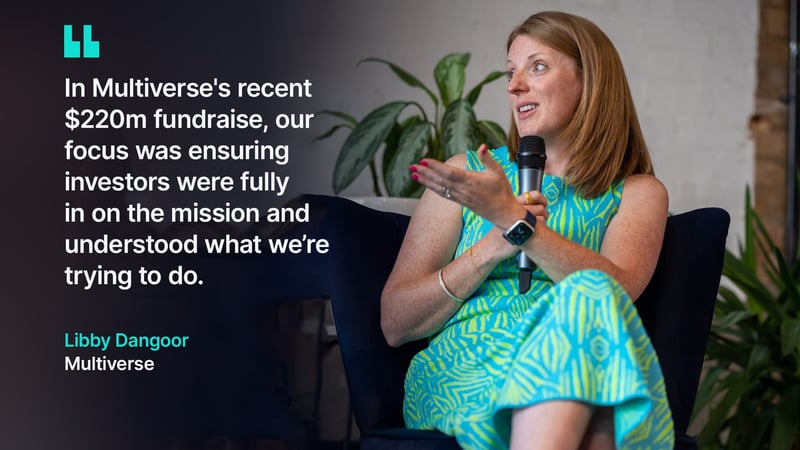 From blitz-scaling to sustainable growth

Finally, the conversation turned to the question of whether the era of blitz-scaling unicorns was over. “Valuation is a function of revenues times a multiple,” opened Greta. “To get the same valuations as multiples compress, you need a higher revenue. So it will take longer for companies to make that jump. Maybe the 2021 era of blitzing to unicorn is over, but founders can still create very, very valuable businesses and achieve unicorn status. It will just take more than a year.”

Saranyah rounded out the webinar discussion by suggesting that growth at the expense of all else should not be a business priority. “Rapid growth and traction are still important – people always want to invest in a growing business. But it’s no longer about growth at all costs. You want to be growing efficiently and you want good quality growth.”

Employee equity in the UK

How to get the best from our new Hibob integration